Going freelance is a very scary thing. I left my in-house position at Land Rover BAR (Britain's America's Cup challenger) after three fantastic years. As a sailing enthusiast this was pretty much my dream job, at the time I don't think I really ever realised what an amazing opportunity it was. Being freelance was about learning from others in different areas of the industry.

I realised very quickly that your network is your biggest asset and I was very fortunate for friends and colleges to offer me work on various projects (big shout out to 78Seventy, IMG, Helical Productions, Sunset+Vine, Red Handed TV, LLoyd Images, 1851 Trust and Feral Films).

One of my first jobs was shooting in Sweden with LLoyd Images for China One Ningbo. Armed with a C300mk2 and a decent set of Canon L glass, Kino Flo LED panel, Ice lights and a separate drone team we worked tirelessly creating a film that I'm very proud of. There wasn't one portion of the day that wasn't used. We created a VNR (that got placed in China's CCTV) and a feature explaining the ambitions of China One Ningbo.

It was my first time using Kino-flo's LED light panel and it was great to use. Fantastic soft light, intensity is easy to control and shape. The Ice lights were a highly portable soft light solution for use in small spaces and helped shape the subjects face against the Chinese flag. 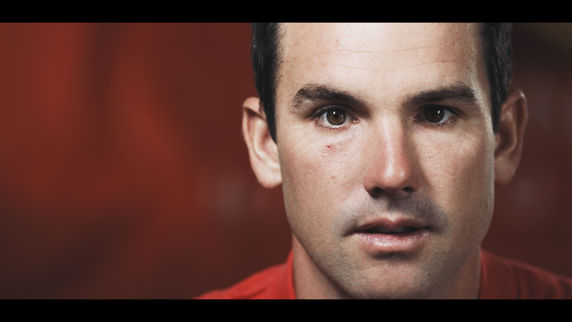 The conditions out on the water were absolutely perfect, 18 knots, waves and great scenery in the idyllic location of Marstrand, Sweden. The China One Ningbo team were great to work with and gave some great interviews. It was very interesting to speak with London 2012's Laser Radial gold medallist Lilja Xu, she's is an ambassador to the team. It's always great to work with people who are giving something back to the sport and setting up a facility in Ningbo for young Chinese sailors would be great. Seeing the work Oman Sail has done for their country, it would be fantastic if this could be pulled off in other areas of the world. Sailing isn't just about the obvious elements, it transformed my life and has opened up opportunities that I wouldn't of had otherwise. 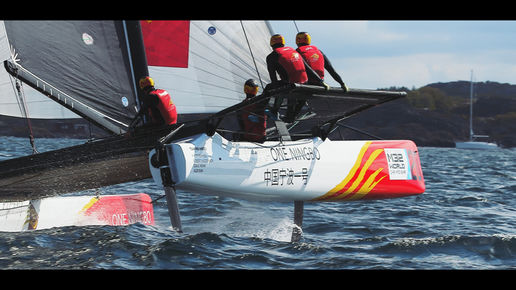 In August of 2017 I was working for 78Seventy on the Women's Rugby World Cup. It was great to work in a different sport with talented production team who were so knowledgable about the game. I had to do a bit of home work before starting the job but luckily the pool matches gave me enough time to get up to speed with the players and stories of the tournament.

I was editing in Avid and due to the nature of the quick turn around highlights and VTs I had to learn a new workflow very quickly. It was challenging but great to learn some new tools in Avid. It made me realise that we would have never been able to do it in Premier.

Unlike sailing, Rugby starts on time and ends on time. This was something that was a relief when telling a story, no waiting on a boat for hours in the hope of wind, just action from start to finish. The final between England and New Zealand was one of the best rugby matches I've ever seen. I think the performance helped put Women's rugby on the sporting map the coverage was world wide. 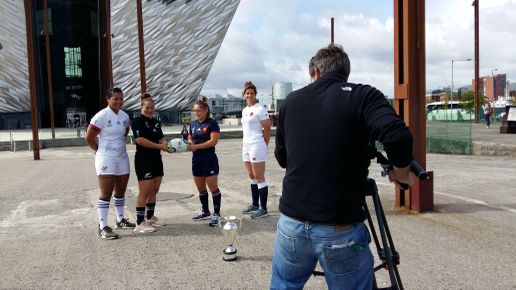 The next month I was asked by Helical Productions and Vendee2020Vision to capture the story of four sailors attempting to break the Length of Britain record. After failing to get a ride after my Volvo Ocean Race trial in 2012 this was a great opportunity to give offshore sailing a go, albeit not as hardcore or for as long. The crew were great, the boat was solid and I just got on with it. I delivered videos each day plus two batches of photos, 10am and 6pm.

It was a wicked ride, sailing at over 20knots for most of the Irish Sea. I steered for long periods of time and was on the pumps for every manoeuvre, very tiring. The team broke the length of Britain record after fighting through a high pressure system that made the final stretch across the top of Scotland very difficult. We couldn't circumnavigate the UK because of problems with our AIS which would mean navigating the North sea very difficult with oil rigs everywhere. The skipper decided we should go back down the Irish Sea and repair the electronics in Belfast. As a newbie to offshore sailing it was great to see dolphins and whales as we sailed between past the Isle of Mull and Tiree, the others weren't as bothered but I thought it was great. 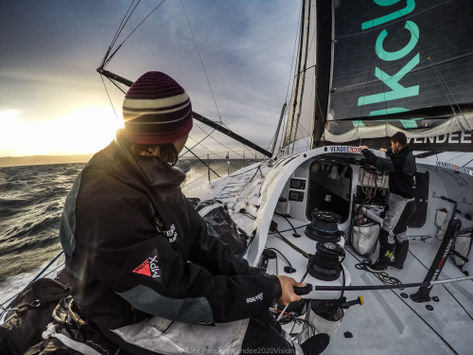 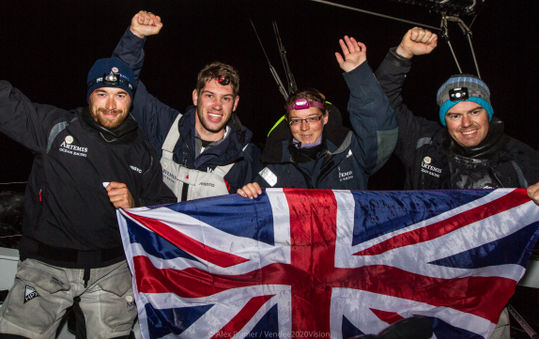 While I was only at sea for seven days it gave my a slight insight to the world of offshore sailing. The sailors that compete solo, especially the Vendee Globe, these men and women are courageous athletes.

My next job led me to the Rolex Middle Sea Race, a 600(ish)nm lap around Sicily from Malta. Originally I was supposed to be on the old Rambler now named Le Bete, but after she had troubles in St Tropez she pulled out of the race . This left me without a ride, I was teamed up with Juno Plano anItalian 60ft canting keel retro racer. The forecast was for big winds (in excess of 55knots) and Juno Plano intended to head for cover if the forecast was correct. It was decided that I would stay ashore and help produce features in the Spirit of Yachting TV show. Juno Plano retired after 24hrs and pulled into shore, it seemed it was a wise decision. I was gutted to not sail in the race, hopefully I'll get another chance.

After a little break I was on a long job going to Monaco for the World Rugby Awards, then the first two events of the HSBC Rugby 7s series in Dubai and Cape Town. The Dubai event was my first sevens event and it was a bit of a baptism of fire. Many matches and lots of players I didn't know. Editing speed was key if we didn't want to finish after midnight. By the time we were at the next event in Cape Town I knew the format, the players and could pick up the pace.

So after six months of freelancing I was knackered and due a Christmas break. I was fortunate to be so busy and who knows what the next year will hold. It's still scary but as long as you work hard and do a good job the work should hopefully come in.